It's not all romantic text messages and love heart emojis...

Online dating is a world many of us have par-taken in or scoffed at from the side-lines.

But have you ever wondered what exactly are people’s intentions when they sign up to a dating app/website?

Data analysed by Statista, found some very interesting facts about online dating in the United States, that may just have you shook. 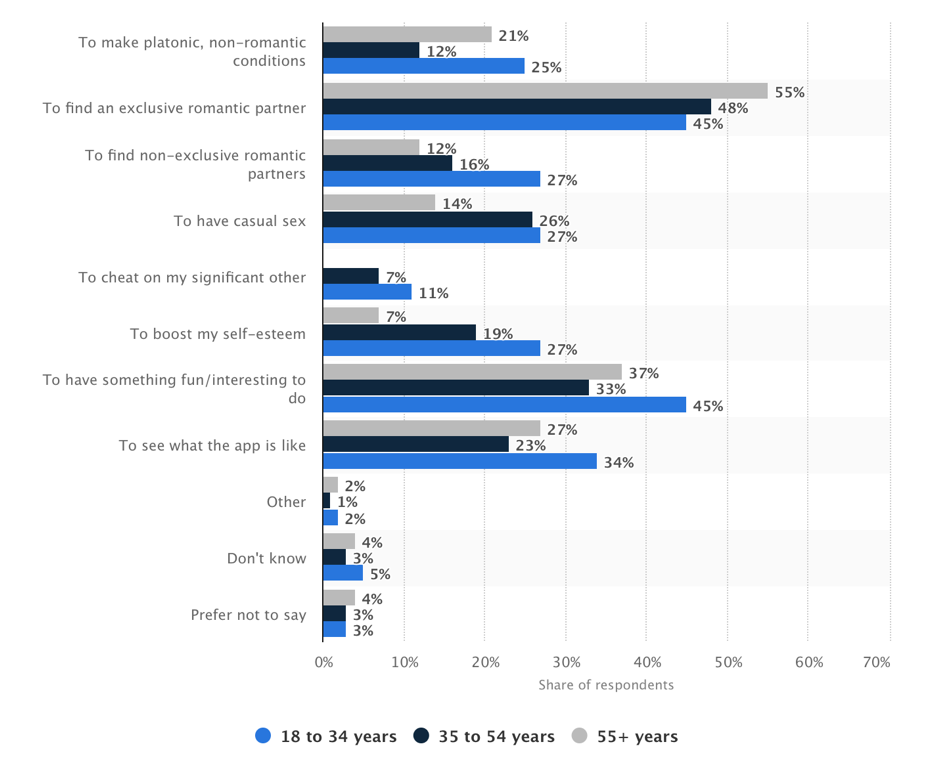 Now we all want to feel good once in a while, but surely there’s plenty of other platforms i.e. social media, where we can look to boost our self- esteem? Our guess is as most of us know, dating persists mainly (at first) on physical attraction so getting that notification that someone is attracted to you can be a buzz for some. Not great news for those of us thinking it’s actually going to go somewhere.

2)   7% of people in the US use a dating website/app to cheat on their significant other. 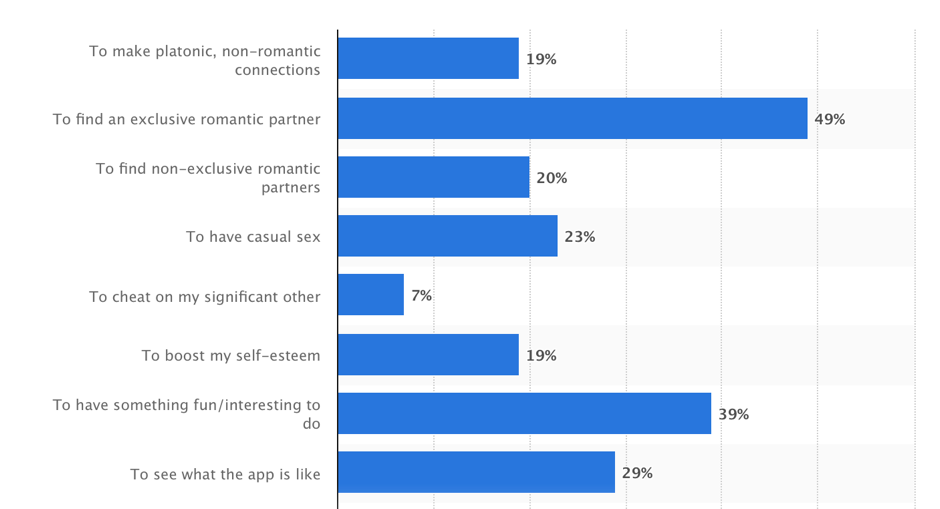 While it’s a relatively small percentage, it still shows not everyone’s intentions are sincere. Interestingly, 19% of people are on there to make platonic non-romantic connections which doesn’t bare well for those of us who are, you know, actually looking to find someone. Beware peeps. 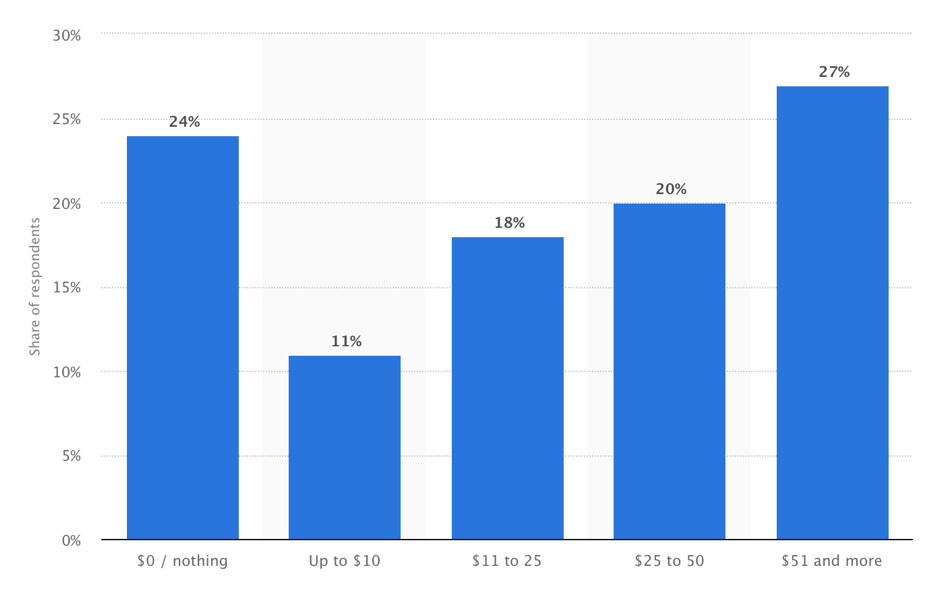 Who says love doesn’t cost a thing? With the average person spending anything up to $50 on dating apps/website, whether it’s to show someone you really like them or make sure you’re getting matches, finding love is proving to be an expensive habit. Luckily for the rest of us, we’ll still try our luck with the free ones.

4)   Prior to physically meeting someone they met on a dating website/app, 60% of users said they looked at their social media profiles. 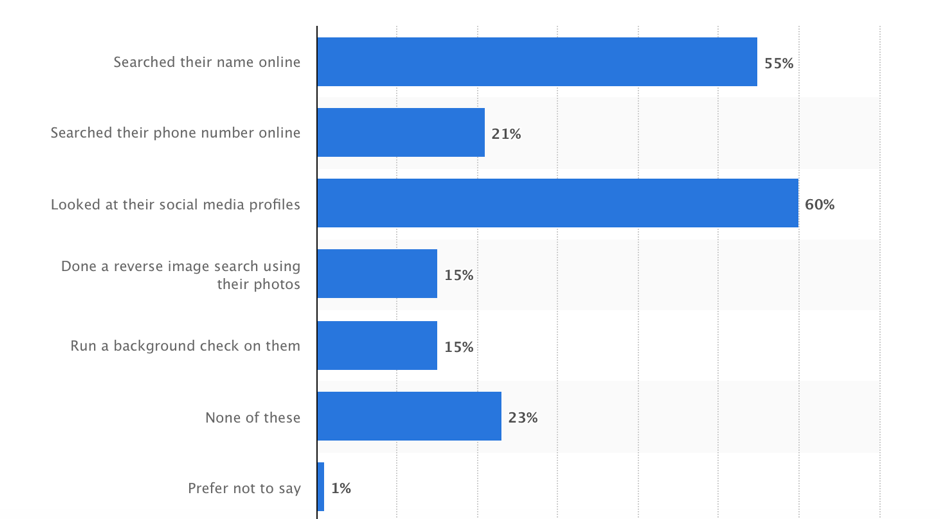 Research is key my friends. After all if you’re going to meet a stranger, you got to know at least something about them other than what they’ve told you. Like who are they friends with? Where do they hang out? and more importantly, if they’re a bathroom selfie kinda person or not. Minimum social media presence can be a red flag for some. 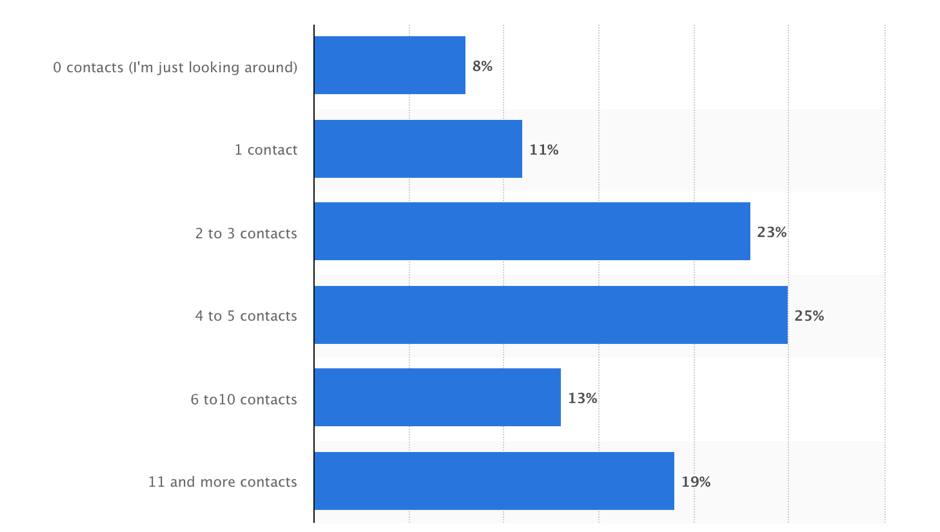 Even though most of us would like to believe that we are the only one they're interested in but in reality, they’re probably juggling you between three or four other people to see who they have the best “connection” with.

6)   47% of people have or known someone who has met a romantic partner on a dating app or website. 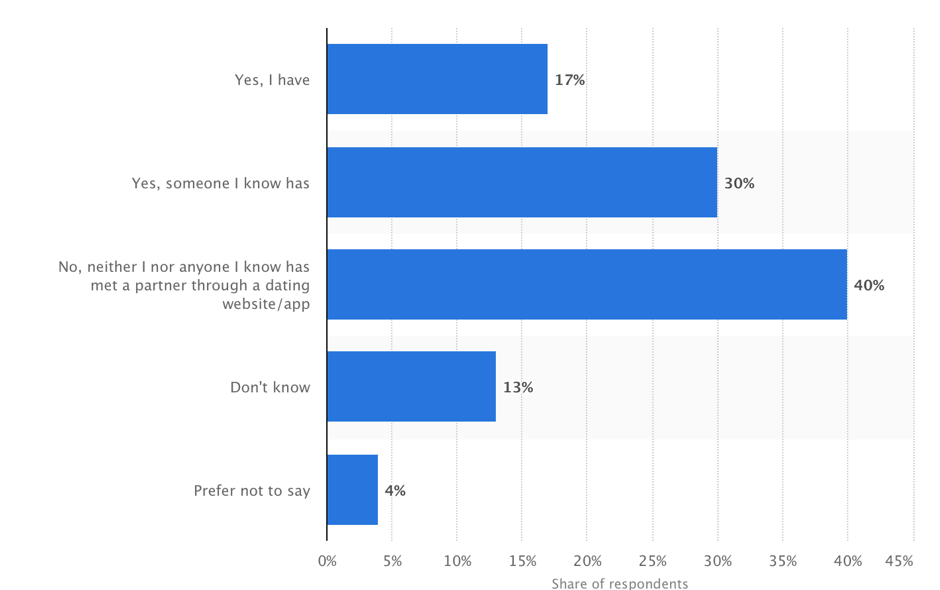 Ok this isn’t very surprising for today but modern technology for the win! If you’re not having any luck meeting people offline, this is your chance to at least give online dating a go and remember to forget the labels. 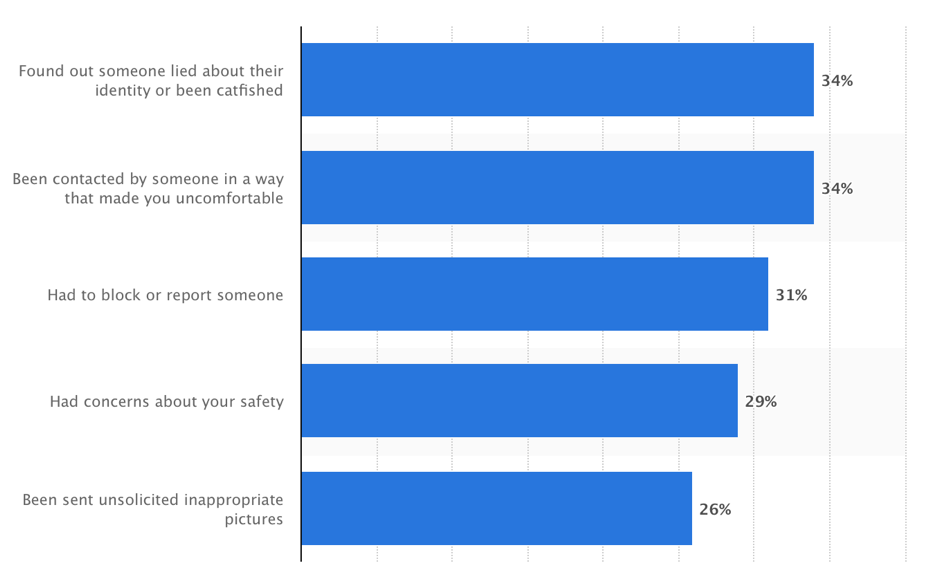 The harsh reality of online dating is not everything is as it seems. People can be anything they want to be and this can be hard for those of us looking for something real. Here’s how to avoid the scammers. 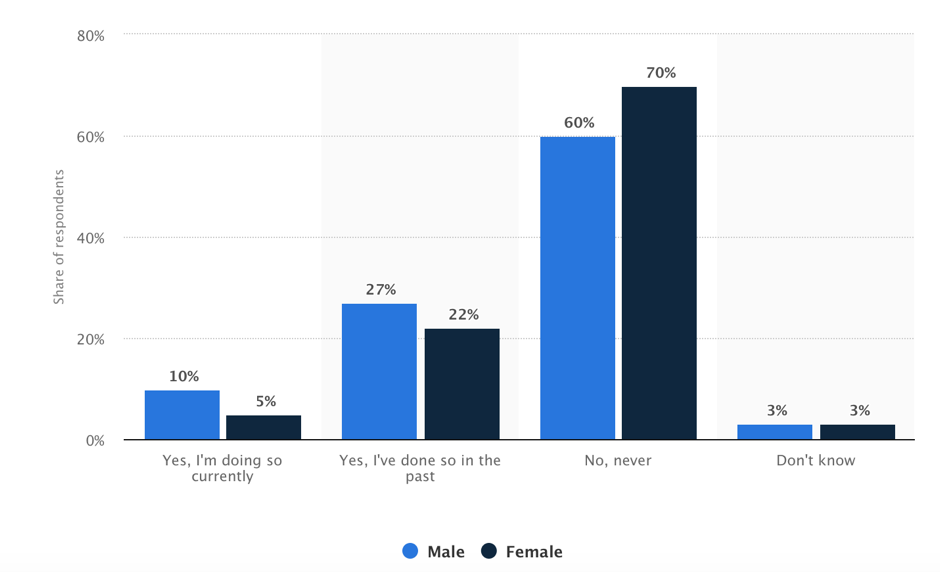 While it’s clear that women are more wary of dating online than men (even with the rise of female-led apps), it seems we are still hesitant to go from dating offline to online.

All statistics via Statista