How 'Wingmoms' Are Finding A Date For Their Children

We take a look at how dating has changed during the pandemic and how one mother is taking her son’s love life into her own hands.

Dating has always been an intriguing topic of discussion for parents. After all, if they’re going to welcome someone into the family fold, they need to know they’re up to par. Thanks to Covid-19, the dating landscape has changed – arguably forever. Quarantine has left most of us who are single, feeling even more single than ever before. Restrictions on meeting people coupled with home confinement has pretty much cancelled dating as we know it in 2020.

Instead, relationships are now being formed solely through virtual screens where the “meeting up” stage is on a perennial TBD hold. A survey by Match.com, found that more than a third (36%) of singles said they’d be more selective about who they date now. With these new challenges, who wouldn’t look to those closest to them to help them out when our usual options are limited.

One son brave enough to let his mom take the reins is, Ryan Rashid, an account manager from New York. “My mom believes she knows best, no matter what I say. Working in the city, it’s quite hard to find time to date so when my mom suggests people to introduce me to, it’s hard to say no. I admit most of the times when I do go along with it, it’s initially out of convenience rather than interest but there have been times where it’s actually worked out.” 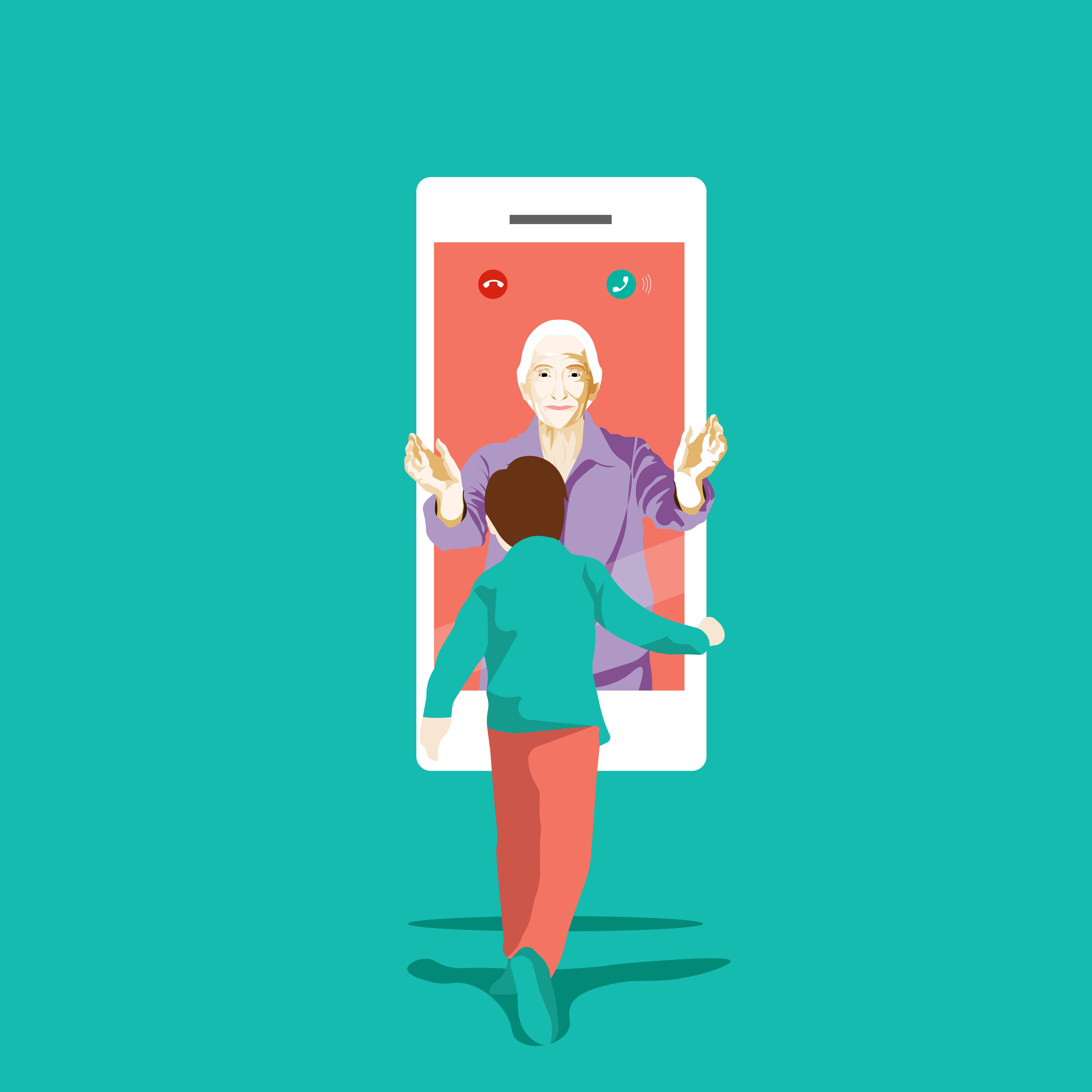 A mother’s love is unrivalled. The instinctive ability to protect their children from heartbreak and to support their children’s happiness by taking an active role in their life are qualities that make them a good Wingmom. “As Ryan is my only child, I’m always making sure he’s alright and being taken care of,” says Anjali Rashid, Ryan’s mother. “Naturally, when it comes to his dating life as a mother, I’m curious. He’s not had much luck when it comes to relationships, I think it’s because he’s too picky and looking for the wrong things.”

You can always count on your mom to be the strongest antidote to those rose-tinted glasses. 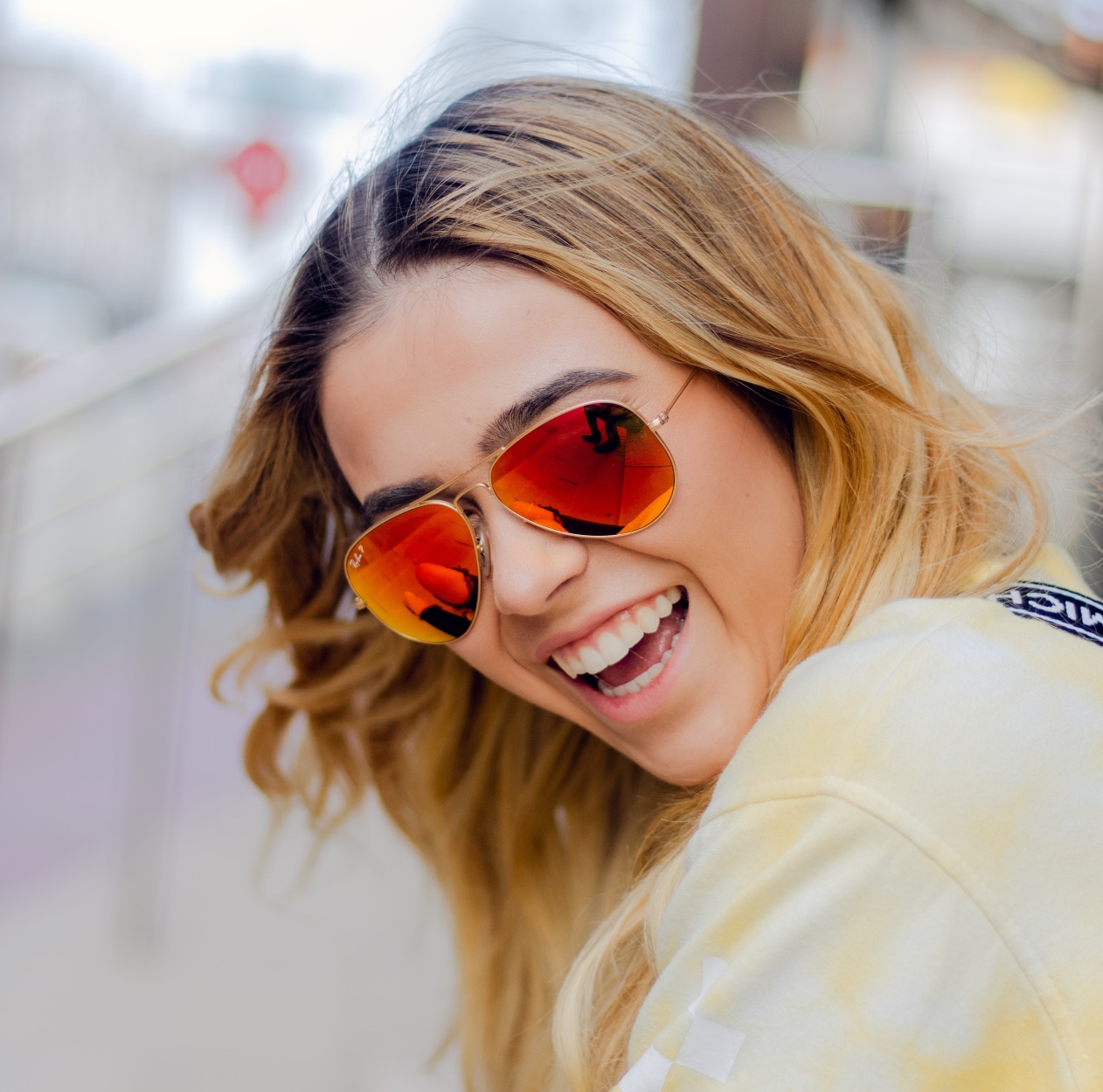 It’s not a new phenomenon for parents to be actively involved in their children’s dating life. Arranged marriages are still popular globally. It’s estimated that over half of marriages worldwide are arranged. Whether it’s down to parents taking on the role of matchmaker (or outsourcing it to a professional), relationships are still being created by the help of loved ones.

“I do trust my Mom’s opinion – most of the time,” says Ryan. “Of course, we disagree about some things but when it comes to the important stuff like values, we are in agreement of what relationships should have.”

The delay in marriage has also contributed to most of us extending the dating stage. In 2019, the average age for an American to get married was 30 for men and 28 for women (in 1956, the average age was 22 for men and 20 for women). While getting married is not a priority as it once were, we still allow ourselves to find meaningful relationships. With or without some help. 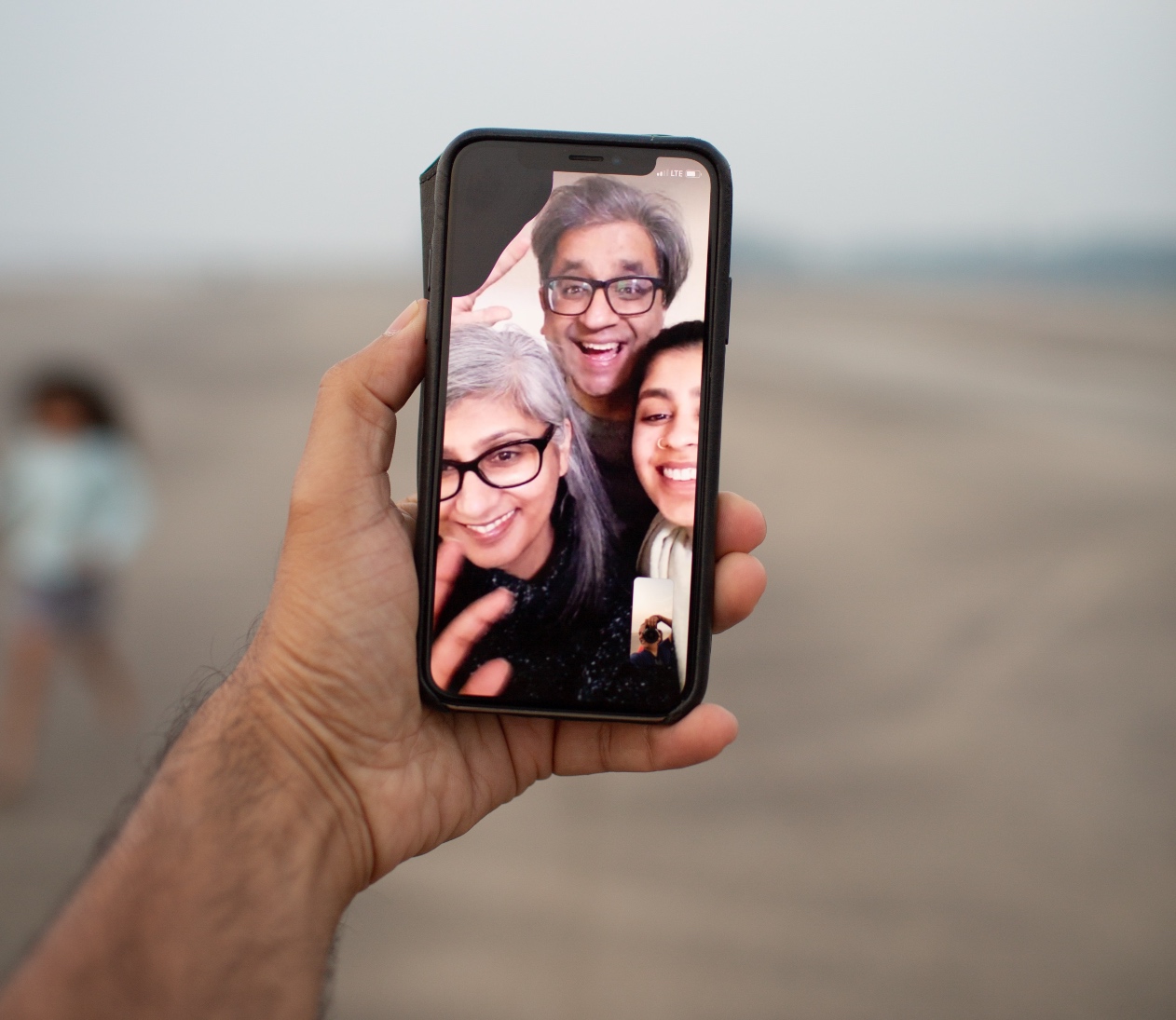 Recently, parents are combining the modern activity of online dating with the traditional past of matchmaking.

“I don’t know too much about online dating and all the swiping stuff but from what my son shows me or what he allows me to see, I think it’s important to take time and read what people write about themselves,” says Anjali. “It can reveal what type of person they are more than their pictures do.”

Ryan says: “I do let my mom sneak a swipe for me sometimes. I find it interesting to see who she views worthy as a swipe right versus who I would swipe right on.” 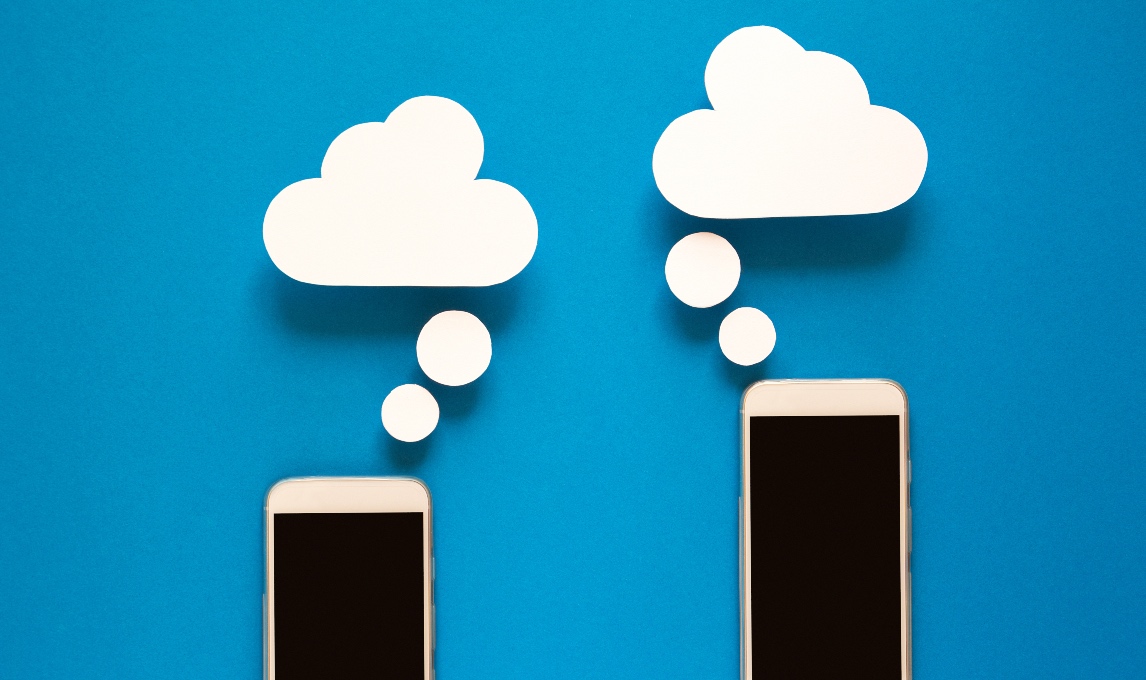 As we adjust to the new normal, online dating has experienced a surge in activity by 82%. However, it’s not always plain sailing for everyone.

A study by Pew Research Center found Americans who have used a dating site or app in the past year say their recent experience left them feeling more frustrated (45%) than hopeful (28%).

As such, 2020, the year where life has really been put into perspective for all of us, could be why daters have shifted towards being more honest and upfront with their potential partners. According to a survey by Match.com, 63% of online daters say they are spending more time getting to know potential partners than they did pre-pandemic. 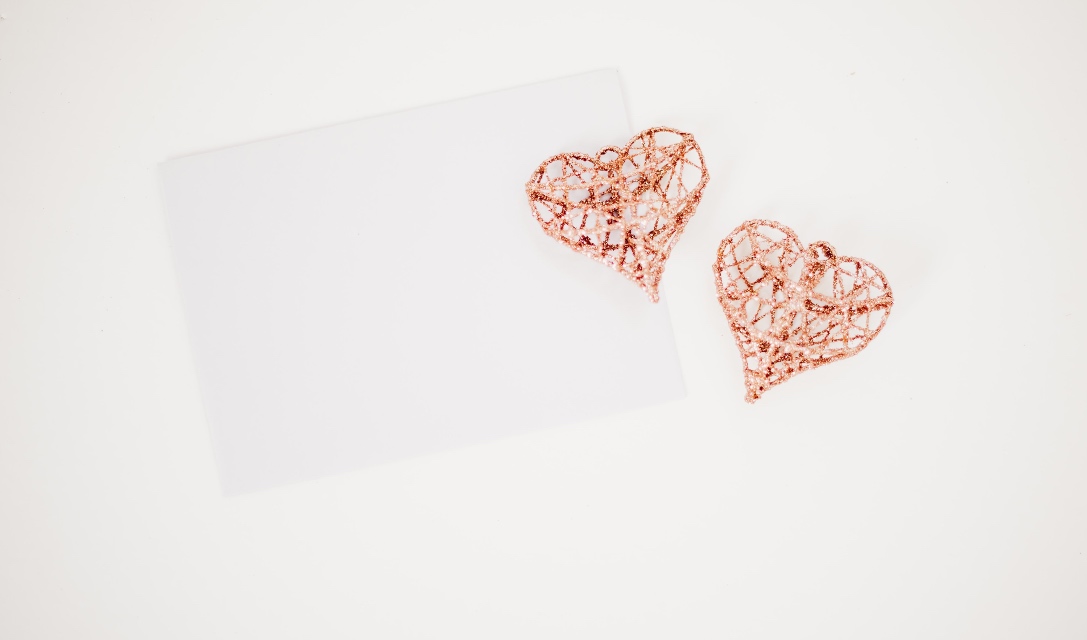 We all know matriarchal love is unmatched.

However, in order to avoid fracturing familial relationships, there needs to be a balance between playing mom and playing cupid.

“My mom is the most important person in my life,” says Ryan. “She’s raised me as a single mother often sacrificing her own happiness for mine. I think it’s only right for her to have some kind of input in who I choose to spend my life with. That doesn’t mean she has complete control over my love life, even though she likes to think she does. We both are respectful of each other’s choices and boundaries and I would consider her as my best wingman.”

Anjali says: “I do like to meddle but it’s out of love. He tells me when I go too far.”

With more than 15 million single moms in America, would Ryan turn the tables around and set up his mom?

“I think I’d actually do a good job in finding her someone, if I had the time,” says Ryan. “We always joke about her hitting on my friends but it would be nice to see her happy for once – with someone age appropriate.”

Anjali says: “I would let him set me up, why not? It’ll be hard to find me someone great at my age but I wouldn’t mind seeing who he’d find.”

As the dating landscape continues to evolve, it’s no surprise that we’ve become more willing to let those closest to us, have an input in our romantic pursuits.

Especially as the festive season approaches, the topic of relationships will be a little different around the dinner table (if we’re lucky) this year. While we can blame the pandemic for stalling our dating endeavours, it may also be a great time to see if they can do a better job at finding us a partner.

What 2020 has taught us so far is that human connections will always remain important. It’s not until it’s taken away from us, do we realise its significance…and it won’t hurt to listen to our moms once in a while.

After all, momma knows best.

Fed up with finding your own matches? Get on Wingman App.

Photo by @anniejanssen via Twenty20

Photo by Raj Rana on Unsplash

Photo by Noah Black on Unsplash

Photo by Kerri Shaver on Unsplash